Can You Save Taxes on Energy Efficient Home Improvements? 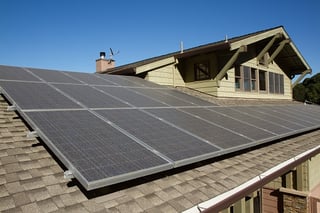 Experts in Your Home doesn't know, either, though it's obviously someone affiliated with a high-level federal agency. We do know that this is one of those times where looking at the proverbial glass as half-full helps since 2017 tax credits are still available on some solar projects.

It's difficult to argue that saving some money is better than saving none at all. So allow the Experts to explain how the IRS-U.S. Department of Energy program works.

The Solar Tax Credit, in a Nutshell

Solar energy systems are the only energy-saving and renewable energy sources that are still eligible for federal energy tax credits. They now stand alone in what was once a fairly crowded field of home improvements.

You can claim your credit by filing IRS form 5695 with your 2017 taxes. (Note that at the end of 2017, only “draft” copies of this form were available. It is unknown when the IRS will make a final copy available.) You will also need to include the manufacturer's certification statement and your receipts with the form.

Learn More about the Tax Credit for a Solar Water Heater

Solar water heaters rely on the sun's thermal energy to heat water. The IRS extends a tax credit on heaters as long as:

The tax credit is not available for expenses related to swimming pools or hot tubs. The heated water must be used in the home.

Learn More about the Tax Credit for Solar Panels

Also known as photovoltaic systems, solar panels capture light from the sun and convert it into electricity. The IRS extends a tax credit on these panels provided that:

Earlier Credits on Home Improvements Were Nice While they Lasted

While it's possible that the solar tax credit could be restored to its current level, this is probably more wishful thinking than grounded thinking. In fact, many observers agree that it will meet the fate of tax credits that expired at the end of 2016. Those credits covered the following home improvements that were installed prior to January 1, 2017:

Don't hesitate to call Experts in Your Home if you have questions about energy efficient home improvements, and of course speak with your favorite tax professional for full details on claiming the solar credit. We hope you can take advantage of it before a “Grinch” makes it a thing of another Christmas past.