All You Need To Know About Your Garbage Disposal 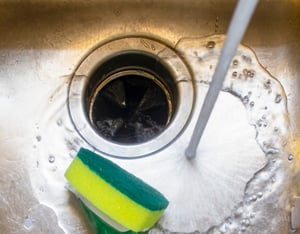 Did you know that your garbage disposal is one of the most used small appliances in your kitchen?Yet, do you really know much about the little appliance you use at least once a day if not more?

If you don’t know much about your garbage disposal then there is no need to fret. We believe that it’s best to live by the philosophy of "the more information you have on a topic [in this case an appliance] the less problems you’ll cause and the less money you’ll need to spend to fix those problems that could’ve easily been avoided."


Therefore, we're here to tell you all that you need to know about the little grinding gadget in your kitchen sink - from what it’s used for, what can and can’t go down it, to how long they last. By the end you’ll be an expert on the use of a garbage disposal!

What is a Garbage Disposal Used For?

What Items Can Go Down a Garbage Disposal?

The first question to ask yourself is if the scraps you're thinking of putting down your disposal are biodegradable. If so, then you should be good. If they aren’t then divert those scraps to the trashcan where they belong! The list of items that can safely go down a disposal is way shorter than the list of items you should avoid putting down your disposal.

Here is the very small list of items that are safe:

What Items Cannot Go Down a Garbage Disposal?

As stated above, we like to change the name to “scraps” disposal because it's not the place to dump your unwanted food. When cleaning out all your expired and unwanted food from the fridge or cupboard throw it directly into the trash and, if needed, take it to the dumpster to stop any unwanted smells from accumulating. If you don't place any of the items below in your disposal you'll avoid clogging your pipes on a regular basis.

Here is a list of the items that should never go in the garbage disposal:

Now, if a little bit of any of the above accidently goes down it’s okay. Accidents happen, just don’t make it a regular occurrence and you should be fine! The upside to placing these items in the trash instead of your disposal is that you'll avoid clogging your pipes on a regular occurrence!

How Long Does a Garbage Disposal Last?

The newer the model is, the longer it will last as it will have more bells and whistles that make the process easier. On average though, a disposal should last you anywhere from eight to fifteen years before the motor runs out or the blades become too dull to grind anymore.

The more you watch what you place down your disposal the longer it will last you. Treat it with care and it’ll be there for a good long while; treat it like your trash can and you can be sure you’ll need a replacement sooner than you wish. Follow the do’s and don’ts from above and you should be good to make your disposal last as long as it can.

Smelling Good Tip: Keep your disposal smelling good by keeping slices of your favorite citrus fruit next to the sink [lemons are always a good choice] and when you’re done doing dishes place a slice or two down the disposal. It’ll leave your sink smelling fresh and clean.

Keep It Sharp Tip: If you feel like your disposal blades aren’t as sharp as they once were, place a handful of ice cubs from your freezer down and turn it on. Turn it off when you hear the blades have finished grinding them up. Your blades will now be in sharper condition for the next round of dishes.

Even knowing all of this information, things happens and parts break. That’s why we have Experts there for you anytime you need them. If something breaks contact an Expert to fix it right the first time. 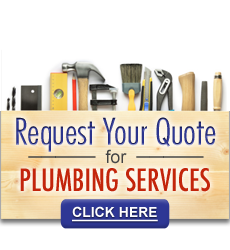