Chico Plumbing Help: My Toilet is Overflowing - What Do I Do? Discovering an overflowing toilet isn't exactly the way you want to start a day. Then again, it's no way to interrupt or end a day, either.

In the midst of a plumbing crisis, when emotions run higher than the water in your commode, it's easy to make a misstep in trying to regain control of the situation. So allow Experts in Your Home to lead you through the steps now, in a moment of calm, so that you'll know how to respond like a pro.

Step 1: Stop the Rush of Water

Step 2: Investigate the Scope of the Plumbing Problem

Step 3: Try to Unclog the Toilet and Clean Up

Call Experts in Your Home if you need plumbing help in the Chico, CA area at any point along the way. We know: an overflowing toilet can be disruptive, confusing and chaotic (and not necessarily in this order). Sometimes, you need an expert at your side – and the Experts want to be there for you. 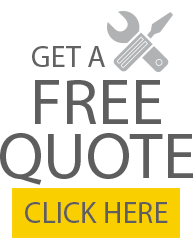